Print
Personet Hodie and  Tempus Transit Gelidum are simple tunes easily played on a recorder by even one such as I.
Many thanks to Paul White for transcribing them for me. 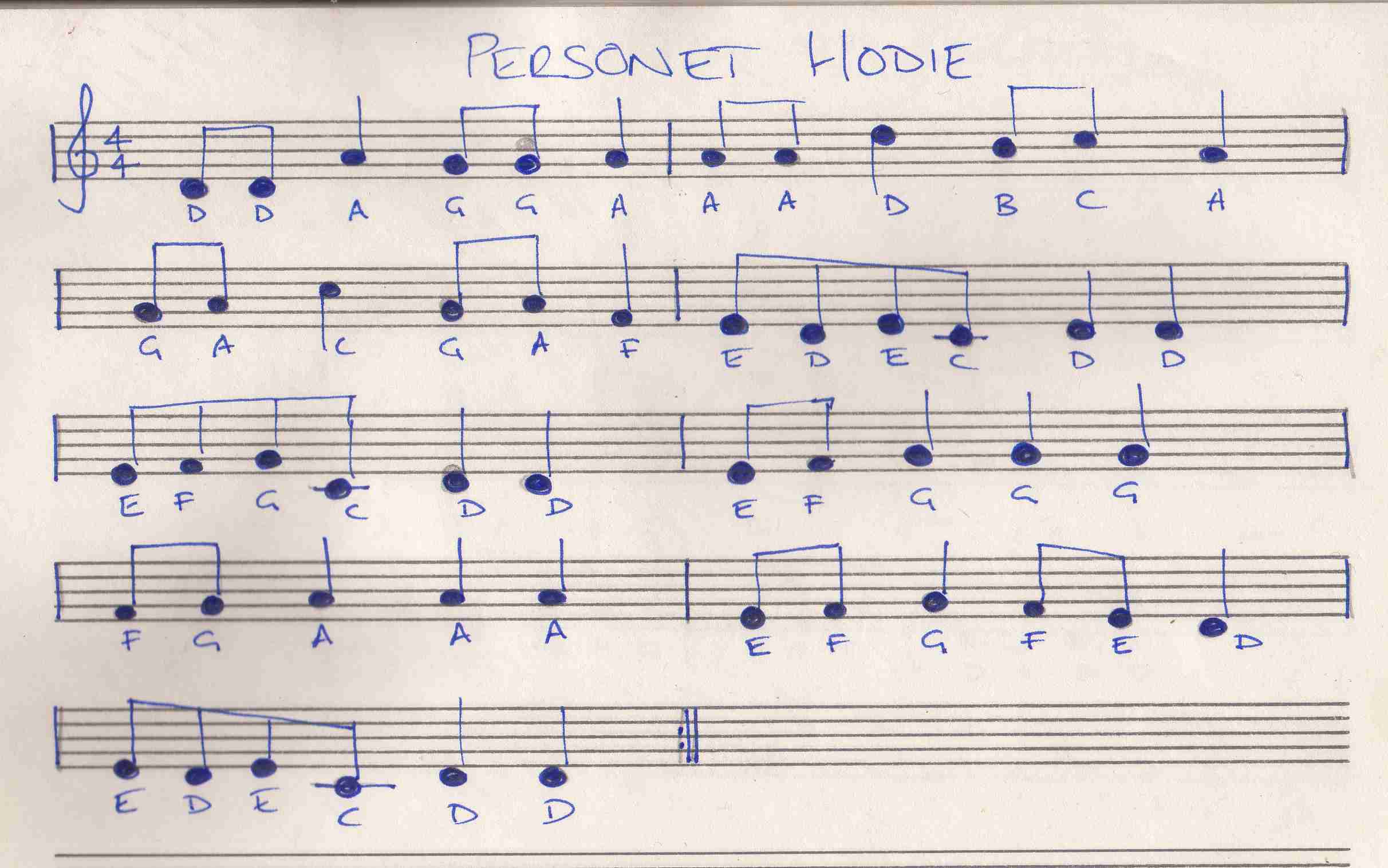 This is an Xmas (or Easter depending on to whom you are speaking) carol. The orignal song as apparently from the 14th C, but the lyrics seem to alter over time. These ones match the tune that I have added.
Rather simple and echoes really well in a quiet valley.
Personet Hodie


1. On this day earth shall ring
with the song children sing
to the Lord, Christ our King,
born on earth to save us;
him the Father gave us.


2. His the doom, ours the mirth;
when he came down to earth,
Bethlehem saw his birth;
ox and ass beside him
from the cold would hide him. Refrain
3. God's bright star, o'er his head,
Wise Men three to him led;
kneel they low by his bed,
lay their gifts before him,
praise him and adore him. Refrain 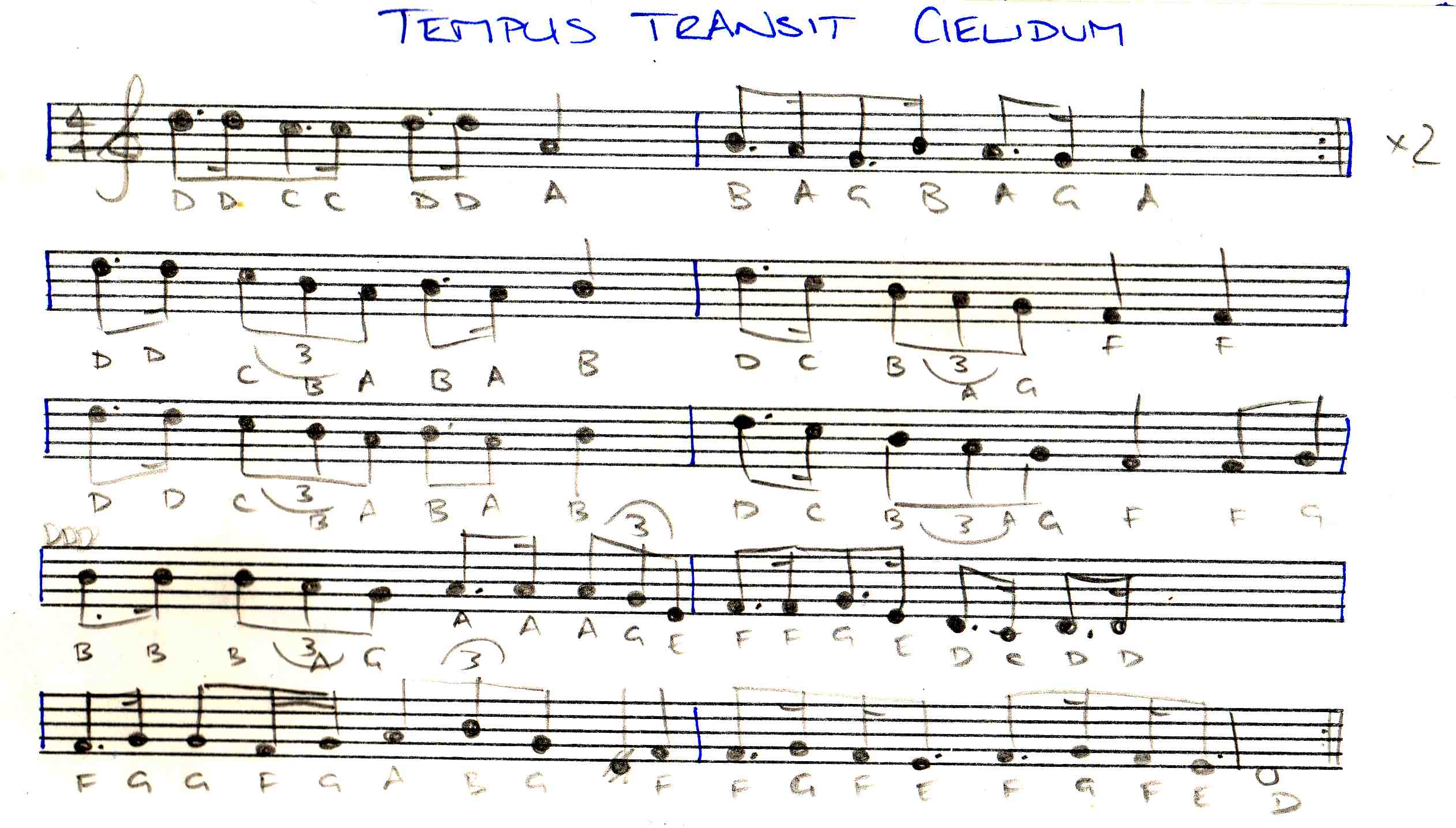 A quite upbeat song which I have previously seen an English translation. When I find it again I shall add it here. Which I have and I have. The song is a 13th century one about the coming of spring.

Tempus Transit Gelidum
The cold times pass, the world is renewed, the flowers and spring return.
The birds rejoice with pleasure, and the air is cheerful. Decorous maidens play on the grass, singing new songs from their sweet mouths, and joyfully the birds join in. The heart is touched by love, as girls and birds make music. Now the boy with the quiver spreads his nets -- by him was I conquered and wounded. At first, I fought and resisted, but the boy once again made me a subject of Venus. And, so injured, I fell in love. She has bound me with a strong bond, and to her I am devoted. How sweet are her kisses, sweeter t= han cinammon, or honey from the comb