Older children wear smaller versions of adult clothes. The only difference is that young girls wear their hair down with a coif on top. Boys wear hats, just like men. When a child was considered an adult varied by character, but by fourteen most would have started an apprenticeship and would be working full-time. By the way, it is a myth that all girls were married at fourteen. Child marriages happened in noble families at times, but in the working classes marriage was normally later. A man didn't marry until, at least, he had finished his apprenticeship at 21; and while he normally married a younger woman, they weren't always that young. Women also were apprenticed in many crafts although it varied from area to area. Girls over fourteen should have their hair up in their coifs. 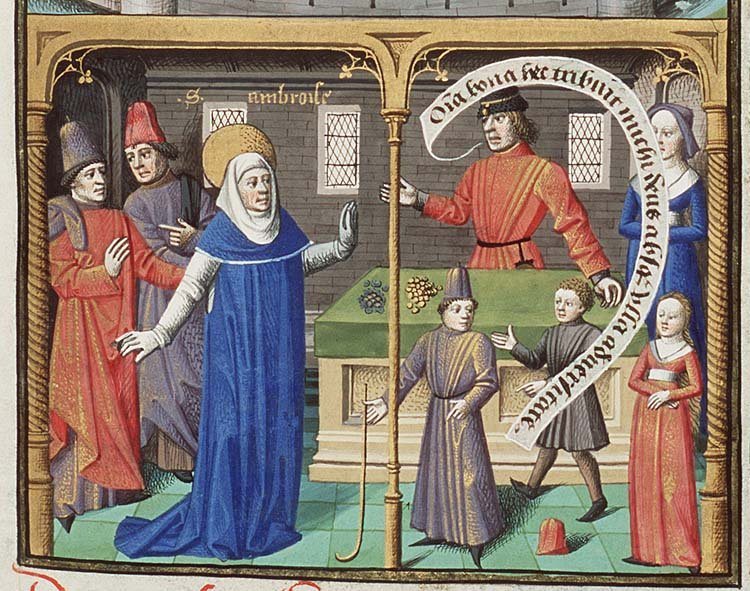