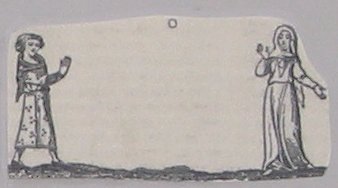 ( I took this information from a photograph - I do not know where it was taken or who was responsible for writing this article)
During the middle ages the game of Stoolball was popular with women, its heyday being from the 15th to the 19th century.
The game of stool ball is believed to be the origins of modern cricket. A came called ‘creay’ was being played by boys in the 13th century. Cricket, as it became known in the 15th century, was played by both men and women without a fixed number of players. The ball was rolled, hence ‘bowling’. It was not until the 19th century that over arm bowling was introduced, said to have been developed for ladies playing in voluminous skirts. Traditionally, ladies played with a blue ball because it was thought that the colour of a red ball would make them ‘faint clean away’

A three-legged milking stool was placed in the middle of a field and stones were thrown at it . Each player took their turn to defend the stool, using either hands or body to knock the stone away and score a point. The attacker had to hide the stool or catch the ball before he could change places with the defender. Running was unknown. Any number of players could take part and the highest scorer was the winner.
It  was a rough game and over the years it took on a more gentle nature when a ball was introduced in place of a stone, and a club rather than having to defend the stool with the body. As with most games, the rules of Stoolball varied from area to area. In some places the stool was defended with a stick or a battledore-shaped bar, while in other places they persisted in using the hands and the body to knock away the ball.